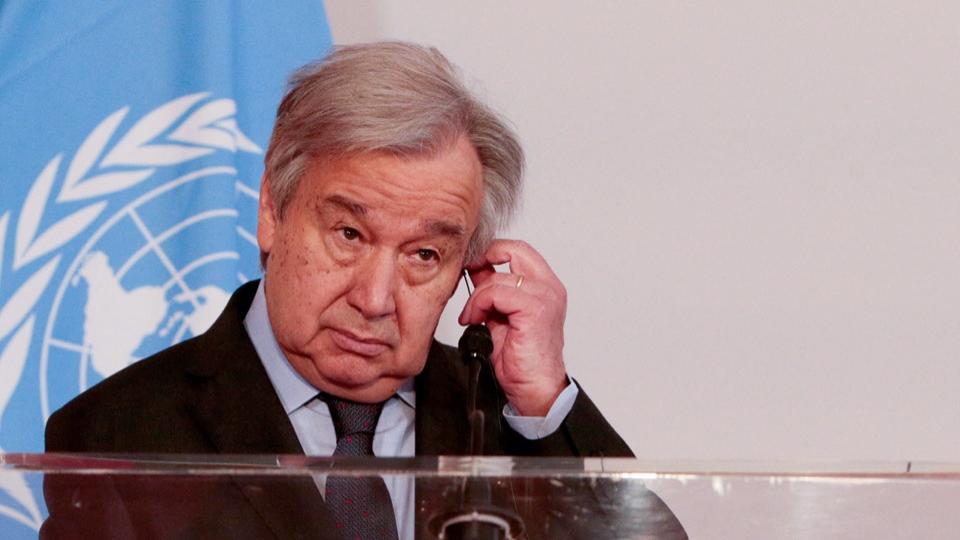 On the seventy-seventh day of the war in Ukraine, Russian forces continued their deadly offensive in the east and south of the country. Follow the information in real time.

Unidentified persons sprayed red paint on Wednesday at the Polish embassy in Moscow, which asked Warsaw to make an official apology for a similar disappointment suffered by a Russian diplomat in Poland. Russia’s ambassador to Poland was sprayed with a red substance on Monday by Ukrainian supporters in Warsaw as they went to lay a wreath to commemorate victory in World War II.

The ceremony was held as Russia’s military campaign in Ukraine entered its third month. The Russian Foreign Ministry on Wednesday summoned Polish Ambassador Krzysztof Krajewski to complain about the “outrageous” attack on its ambassador in Warsaw and demanded the Polish government “a formal apology”. “A decision on the next steps will be taken based on Warsaw’s response to our requests,” the ministry said in a statement.

A pro-Russian official said on Wednesday that Ukraine’s Kherson region, which has been occupied by Russians since the beginning of March, will ask to be annexed by Russia, while shipments of Russian gas to Germany transiting Ukraine for the first time have been affected. from conflict.

“There will be a request (to the Russian president) to incorporate the Kherson region as a whole subject of the Russian Federation,” said Kirill Strimosov, deputy head of the administration of the port city of Kherson, which is only the largest Ukrainian city. The Russians declared their complete control during the two and a half months of the war in Ukraine.

“The legal basis (…) will be ready before the end of the year,” he said, adding that since the international community did not recognize the 2014 referendum on the annexation of Crimea by Russia, the Kherson region will not hold such a vote. . And a senior Russian parliamentary official, Andrei Torchak, had already confirmed on Friday, during a visit to Kherson, that Russia would remain “forever” in southern Ukraine.

Russia has imposed sanctions on more than 30 companies from the European Union, the United States and Singapore, in response to the sanctions imposed on them over its military attack on Ukraine, according to an executive order issued by the government on Wednesday.

The list of companies subject to sanctions includes 31 companies, most of which are owned by Gazprom Germania, the German subsidiary of the Russian gas giant, which the German state has brought under its control due to its strategic importance. For its part, Gazprom announced its “withdrawal” from this subsidiary in early April, without saying more. The German Economy Ministry stressed Wednesday that it was “organizing and preparing for different scenarios.”

He explained that “the team responsible for managing the gas crisis is studying the situation,” adding that “at present, the supply is guaranteed and constantly monitored.” The sanctions also concern EuRoPol GAZ SA, the owner of the Polish part of the Yamal-Europe gas pipeline.

The United Nations Secretary-General on Wednesday called for maintaining contact with Russia’s Vladimir Putin to save lives in Ukraine and prepare for peace, even if there is currently no peaceful settlement of the conflict in sight. “It is clear that at the moment there is no chance for an immediate peace agreement or a ceasefire,” Antonio Guterres told reporters in Vienna, where he is at a United Nations meeting.

But “this war will not last forever. The time will come when peace negotiations will be on the table. I hope the time will come to solve the problem,” emphasized the 73-year-old official, who offered his good offices to mediate. With this in mind, the man who, along with Austrian Chancellor Karl Nahammer, was one of the few Western leaders who had met with Vladimir Putin since the start of the war, defended his strategy.

Moscow and how the volume of Russian gas passing through Ukraine to Europe has declined, calling into question Russia’s seizure of gas infrastructure in the east of the country.

The International Labor Organization has warned that about 30% of jobs in Ukraine – or 4.8 million – have been lost since the start of the war initiated by Russia, and development depends entirely on the military situation.

A pro-Russian regional official said, on Wednesday, that the authorities installed by Moscow in the Ukrainian Kherson region intend to ask Vladimir Putin for annexation.

Russian President Vladimir Putin ordered the attack on his neighbor, accusing him of suppressing and killing Russian speakers there. He had emphasized that he did not want to occupy Ukrainian lands.