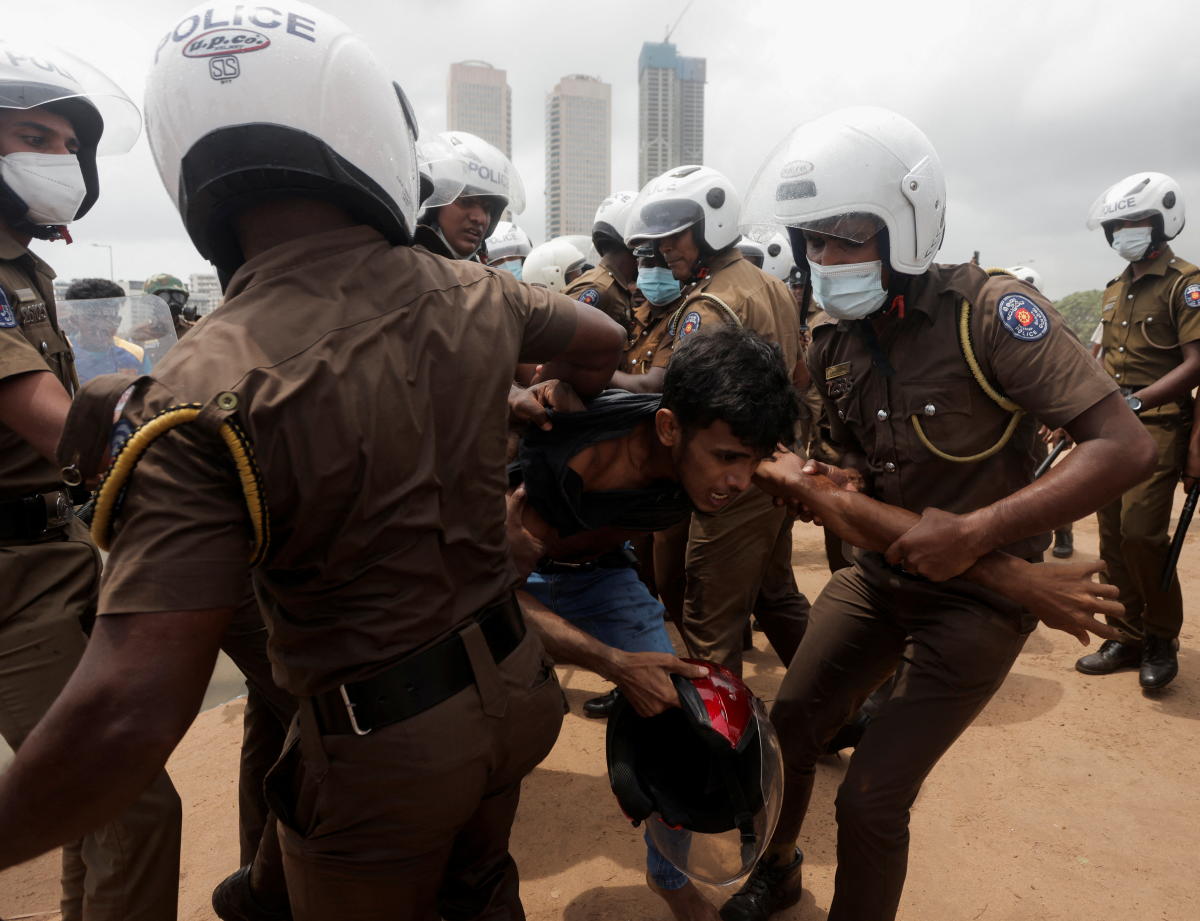 Several weeks ago, demonstrations in Sri Lanka to demand the resignation of the government led to serious clashes with the police as well as between pro- and anti-government protesters. explanations.

“If the situation is not controlled, it may turn into complete chaos,” he added. These words, said by an official on condition of anonymity, reflect the catastrophic situation in Sri Lanka in recent weeks. This southeastern Indian island is experiencing its worst economic crisis since its independence in 1948, so much so that the country announced last month that it had defaulted on all of its $51 billion in foreign debt, and asked for help from the International Monetary Fund.

The economic crisis began after Covid-19, which deprived the island nation of its tourists for several months. Since then, Sri Lankans no longer have enough to live due to lack of food, medicine, fuel and even electricity, causing prices to rise 30% in the month of April alone. The war did not help in Europe, where Ukraine and Russia were the first customers of fragrant black tea from Sri Lanka, but they stopped buying anything.

The protesters had tried at the end of last March to storm the presidential residence, which led to the imposition of a curfew in the capital, Colombo, as well as a state of emergency in the country. A state of emergency grants additional law enforcement powers to arrest or even imprison protesters.

On April 19, police killed a man and injured at least 24 people during a spontaneous anti-government demonstration. Police did not hesitate to fire live ammunition at a group that had blocked a highway in Rambukkana, in the center of the country of 22 million people. Government supporters set fires by attacking anti-government protesters.

Tensions escalated again at the beginning of the week with violent clashes on Monday 9 May between pro- and anti-government protesters, which left 180 injured and 5 dead, including a deputy who committed suicide after being shot. rally. A chaotic day at the end of which the prime minister resigned and dissolved his government. “I am resigning with immediate effect so that you can appoint a multi-party government to pull the country out of the current economic crisis,” said Mahinda Rajapaksa, from whom the military had to flee.

The United Nations calls for calm

On Tuesday, shots were also fired from the prime minister’s home after protesters broke down the front gate and set a truck parked outside on fire. Unfortunately, the prime minister’s resignation did not dampen the enthusiasm of the protesters and the government, as the Ministry of Defense ordered the police to shoot those involved in looting or violence in full view.

An announcement that did not seem to satisfy the United Nations, which denounced this violence in Sri Lanka before calling on the authorities to put an end to it by speaking to the residents. “I condemn all acts of violence and call on the authorities to conduct an independent, detailed and transparent investigation into each incident. It is critical that those responsible, including those who incite or orchestrate violence, are held accountable,” Michelle Bachelet, the United Nations High Commissioner for Human Rights, said in a statement.