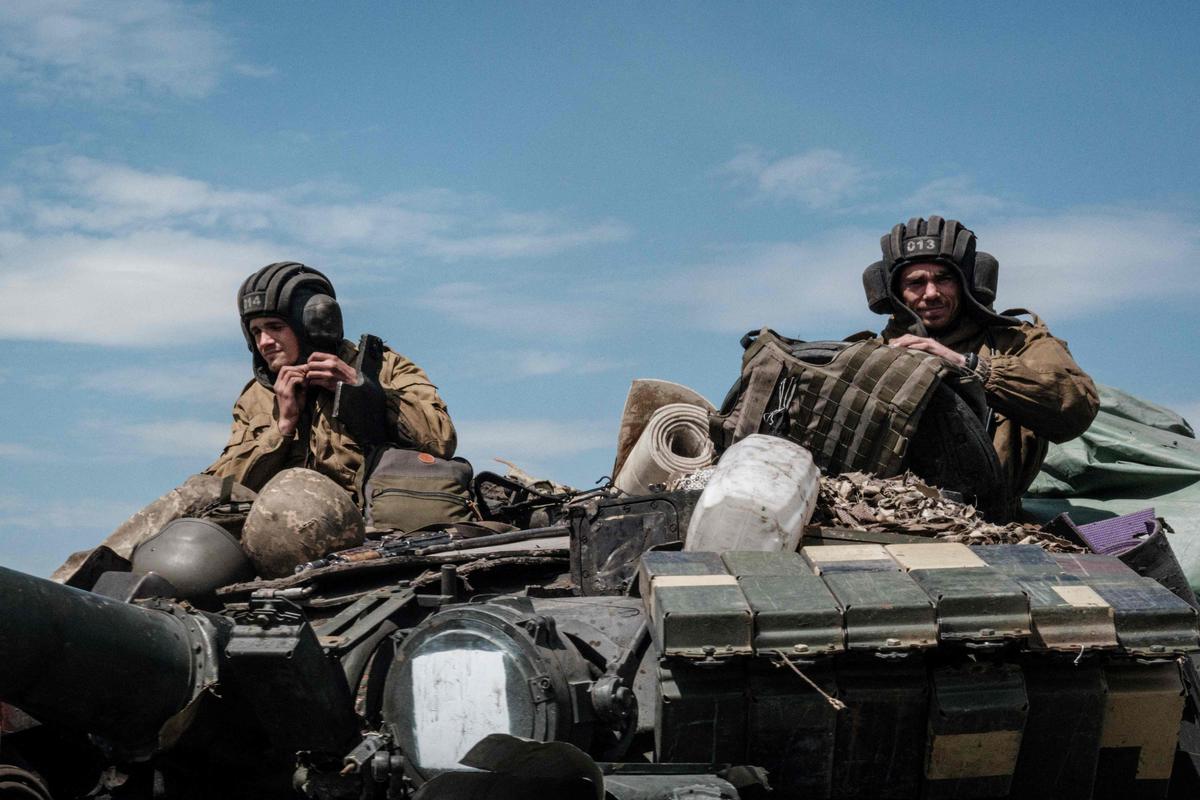 “There is heavy fighting on the border with the Donetsk region, near Popasna,” Sergey Gawdych, the Ukrainian governor of the Lugansk region, commented on Facebook Friday evening, reporting numerous losses of equipment and personnel on the Russian side.

“It is horrific but they are still trying to achieve their ends. But from their phone calls, we understand that an entire battalion refused to attack because they see what is happening.”

A US defense official confirmed that the most important Russian activity is currently taking place in the Donbass. “Essentially, we continue to see that the Russians don’t have much control” in this area, he said.

Ukrainian artillery thwarts Russian efforts to gain territory, including its efforts to cross the Dunst River […] Which affects their ability to send large reinforcements to the north of Donbass, ”the source continued.

The Defense Ministry estimated that the operation illustrated “the pressure that Russian leaders find themselves under to make progress in eastern Ukraine.” He said 10 Russian attacks were repelled in 24 hours around Donetsk and Lugansk.

According to the American Institute for the Study of War (ISW), Vladimir Putin “may intend to incorporate southern and eastern Ukraine into the Russian Federation in the coming months.”

According to this organization, “Ukraine and its Western partners may have only a limited opportunity to support a counter-offensive in the occupied territories before” their annexation.

It seems that the situation has already been reversed in Kharkiv, but it is one of the priority goals for the Russians. Ukrainian President Volodymyr Zelensky said Friday evening in his daily message, declaring that “the gradual liberation of the Kharkiv region proves that we will not leave anyone to the enemy,” declaring that the restoration of lands that fell into the hands of the Russians is still continuing.

“As of today, 1,015 towns have been liberated, six more in the past 24 hours,” he said. He said that water, electricity, communications, transportation and public services have been restored there, and he is confident to remember the cities and lands still under Russian occupation.

With special thought about 1,000 Ukrainian fighters trapped in a labyrinth of Soviet-era tunnels under the Azovstal steel plant in Mariupol, for whom “very difficult negotiations are taking place about the next stage of evacuation, the seriously wounded and the medical staff”.

“Negotiations with the enemy (and they are) are very difficult,” Ukrainian Deputy Prime Minister Irina Verychuk noted. We are currently negotiating (to leak) 38 seriously wounded fighters. We are progressing step by step. […] There are no discussions at the moment to release 500 to 600 people.”

Resistance to the max

Svyatoslav Balamar, deputy commander of the Azov Regiment, one of the Ukrainian formations fighting in Azovstal, appealed to the United States for help “to evacuate our wounded and (they) muster all efforts to help bring our regiment” out of this siege.

International efforts so far have proven unsuccessful to save those Ukrainian soldiers who defended this city that was 90% destroyed by Russian bombing.

In this context, the European Union pledged, on Friday, to provide additional aid worth half a billion euros to support the war in Ukraine, bringing its total “to two billion euros.”

However, the 27 members of the European Union have not yet been able to agree to gradually halt purchases of Russian oil, after Hungary deemed the concession insufficient.

An official Swedish report paved the way for the country’s membership in NATO on Friday, multiplying the positive conclusions ahead of the decision of this Scandinavian country and its Finnish neighbor in the coming days, that is, two members of the European Union that remained for decades of military alliances. Much to the chagrin of Moscow.

Another result, this time favorable to the Kremlin: a pro-Russian breakaway region took a step towards joining Russia.