And it was the explosion, the communication, the emotion that robbed everything in a tsunami of joy… at the end of the second rollover in the last missed shot of the locals to give themselves an extra 5 minutes, the ball touched the board before the creosotene picked up the bounce… 4, 3, 2, 1… Zero… It’s over… Parents, players and coach intertwine in a one-of-a-kind moment we will remember for seasons long… But a flashback two hours ago:

It’s a very nice result played by the seniors on our under-17 team and we would have liked them to be able to come and see what rewards are given to the game and the players in the game… to pass the ball like a hot ball we don’t want to have too long on our hands.
Yes, from one match to the next, there is no mystery: teamwork, “treasure” sharing and a bit of generosity in situations, it was enough for the chemistry and allowed beautiful sequences of gameplay in “FIVE” with the success of “non-forced” outside moves and shots – 8 other winning baskets Prizes at the end of the mass movement gave the balm to the heart of a few spectators present, to all the players and coach Miloud, who is responsible for the perfectly implemented instructions. It was of course impossible for her to last almost 40 minutes “more than perfect”, allowing Chalons a few moments not to take the lightning and be there in sequence
It’s definitely the result of some basic principles implemented in weeks of training and also a certain fun playing together and that everyone turns out and feels good from Sunday afternoon. Too bad the absent players couldn’t participate and switched to “eight” instead of “six” which for once we can also share playtime…Congratulations guys…so you deserved to win another round in this final stage of the divisional championship and honestly , from the outside… “She looked great!…” 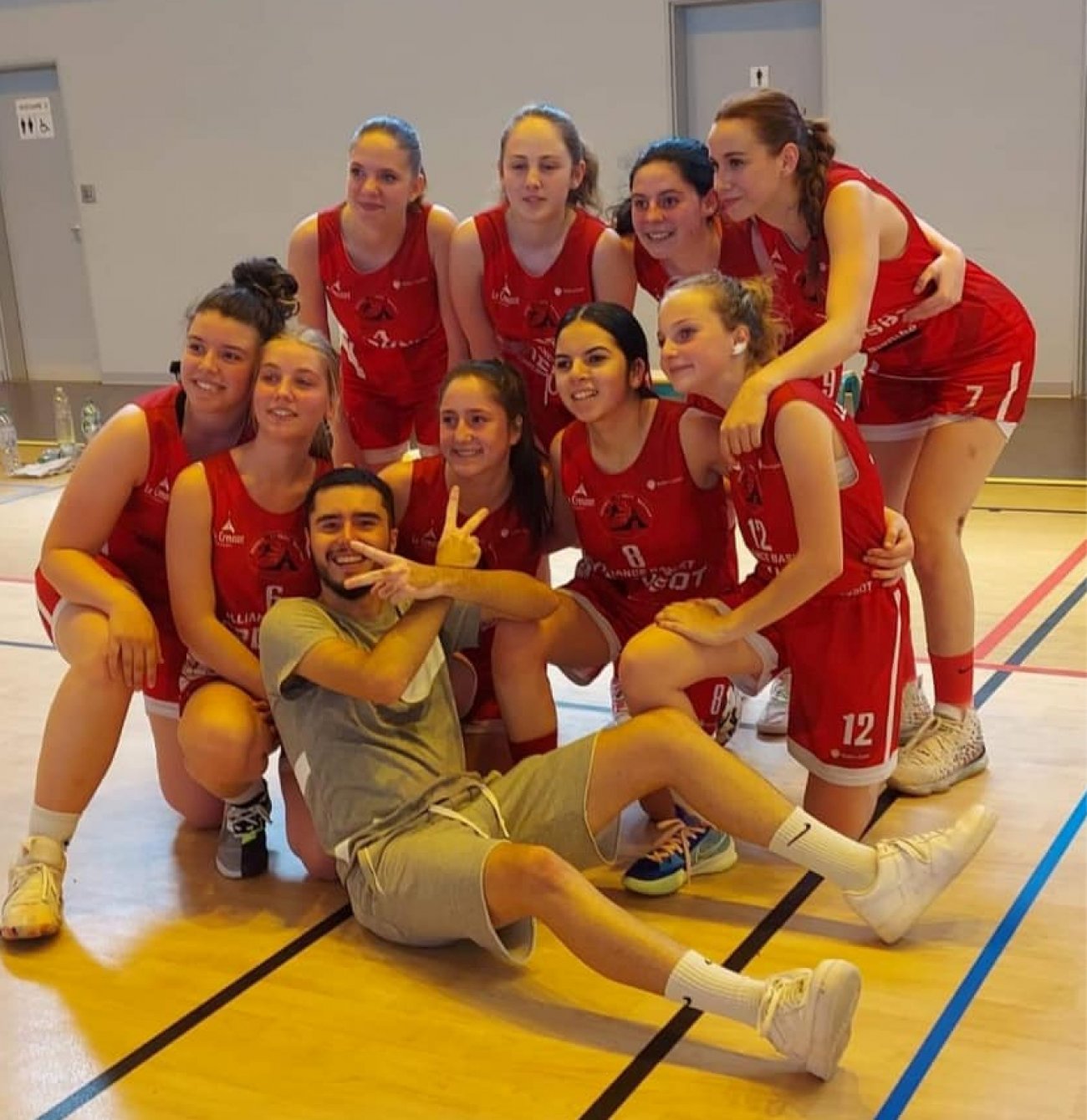