While the Summer Games Festival was in full swing, gamers noted that the calendar for 2023 was crowded in terms of video games. Here are the most anticipated titles coming to Switch, PlayStation, Xbox, and PC next year.

It should be noted that this calendar will be updated regularly according to the announcements that will be made. Games are presented according to their release dates or periods.

“In space, no one will hear you screaming,” said the poster for “Alien, Eighth Passenger” (1979). A formula that applies to the exciting space game Dead Space, which became one of the most cult horror games of the PS3/Xbox 360 era when it was released in 2008. The year 2023 will celebrate its fifteenth anniversary, and with it a new rudimentary game is being formed until the opening of the year on Xbox Series X/S, PS5 and PC.

Exploring the post-apocalyptic world will be at the heart of The Day Before experience. An online multiplayer game that requires you to explore and survive in hostile lands. Initially planned for the summer of 2022, it will finally have to wait until March 1, 2023 for this ambitious game planned for PC, PS5 and Xbox Series.

After brilliant remakes of the first three parts of Resident Evil, Capcom couldn’t miss the much-acclaimed fourth episode, which has become legendary since its launch on the GameCube in 2005. A division featuring Leon S. Kennedy, who went to investigate Spain on the trail of the president’s daughter The United States, hijacked by a sect. If it proves to be downgrade, this new RE4 should be a must-have for 2023 on consoles and PCs.

As one of the masterpieces of video games, The Legend of Zelda: Breath of the Wild will have a direct sequel that Nintendo is preparing in the utmost secrecy for the Switch. Nintendo has announced that the projected time in 2022 will have to wait until the spring of 2023. The first images take us to the skies, as Link will explore all the vertical aspects of the enchanted kingdom of Hyrule.

While Gran Turismo 7 made its mark in 2022 for PS5 owners, the anticipated return of another great car simulator Forza Motorsport should delight fans of the beautiful mechanics on Xbox Series X/S and Windows PC in 2023. The graphics engine has been impressively revised and the attention to detail in The new trailer was revealed in early June.

The release of Final Fantasy VII Remake in 2020 had a bombshell effect on PS4, with limitations that served as an excuse to dive back into the adventures of Cloud and his squad. This episode was beautifully redesigned, but ended in frustration, because we had to wait for another episode to find out the rest. Good news, Winter 2023 should put an end to this wait, as Square Enix is ​​promising a second episode called Rebirth. However, this will only be a transition, as the third and final episode is already in the works.

Temporarily interrupted by the war in Ukraine, development of STALKER 2: Heart of Chornobyl has been discontinued, with the aim of releasing in the first half of 2023. It should be noted that the GSC Game World studio is located in Kyiv and the deadlines for initially announcing this year’s release may been paid. The war with Russia also had the logical effect of changing the title of this game from being called Heart of Chernobyl to Heart of Chernobyl in order to uproot its version of Ukraine.

Starfield will undoubtedly become one of the very big pieces of 2023. This Xbox and PC exclusive series takes us to 2330 and invites you to create your own avatar to go on a space exploration and trample several hundred planets in the country among different solar systems. A massive game that wants to be one of the most ambitious of the last 10 years. 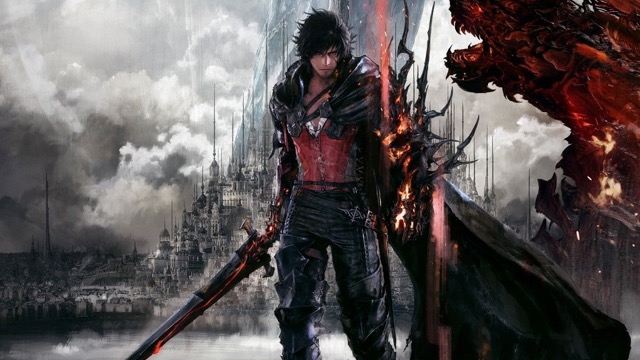 Along with Final Fantasy VII Rebirth: 2023 should mark a new arrival in the canon of the saga. Final Fantasy XVI was announced in the summer of 2023 by Square Enix, giving us an even darker adventure than previous installments. The universe there depicts war and blood, akin to the dark fantasy of the Elden episode.

A new Street Fighter game for a new generation of fighters. Capcom formalized in early June the arrival of the sixth edition of the popular fighting game saga scheduled for 2023. Street Fighter 6 promises a revamp with different game modes. If Versus Fighting remains the heart of this title, players will be able to include adventure in an open world in search of their next opponent. Capcom also promises to offer real-time commentary, in order to enhance the sporting side of the game, as well as new combat mechanics. 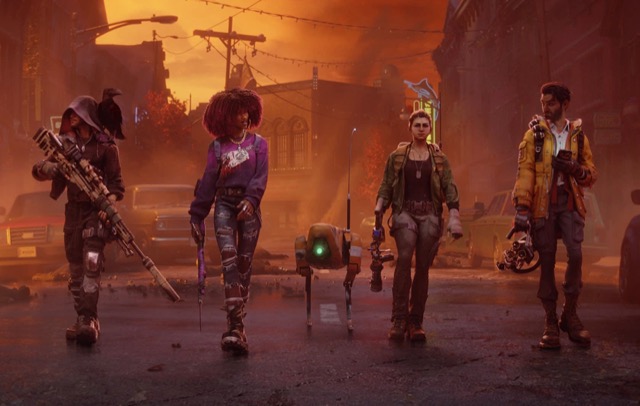 Studio Arkane Austin (Prey) is behind a new FPS that’s especially appealing to horror fans. Titled Redfall, this shooting game invites players to join forces to eliminate the hordes of vampires who have come to populate an island. A game in which cooperation is the key to survival in this open world, projected on Xbox Series and PC.

A real surprise (in a good way) for 2019, Jedi: Fallen Order couldn’t have gone without a sequel. And the year 2023 should mark the return of Cal Kestis, the hero of this opus who has learned to master the Force after an epic mission. Star Wars Jedi: Survivor marks its return as part of a story set five years after the events of Fallen Order. Cale, who was still being hunted by the Empire, would have to survive against the new dangers. The Electronic Arts title is planned for PS5, Xbox Series, and PC.

A cult following since its release on Xbox 360 in 2010, Alan Wake will be entitled to a sequel. The writer of the same name will take his flashlight again to explore the paranormal in 2023. A title inspired by the horror novels of Stephen King, the first work to offer a stunning and harrowing setting.

Announced thanks to a cinematic as great as it is gory during Blizzcon 2019, Diablo IV has been talked about again this year. A highly anticipated game that intends to resume its hack’n slash “bleeder” title when it is due to be released in 2023. It contains all the elements that made up the image of this legendary saga. The title should be released on Xbox Series, Xbox One, PC, PS5, and PS4.

It is arguably one of the best games revealed by the June Summer Games Festival. In just 1 minute and 15 seconds of the video, The Plucky Squire has captured the hearts of players. A title created by All Possible Futures studio, which is signing its first audition there. We discover a young hero who leaves his world in 2D à la Zelda to venture into the whole child’s room in 3D. A tribute to Nintendo titles that should turn heads when released on Switch, PC, PS5, and Xbox Series in 2023.

After releasing her first adventures on the Nintendo 64, and then on the Xbox 360, Agent Joanna Dark must return to serve in the still very immersive world of Cyberpunk. The first trailer was released at the end of 2019 to formalize the arrival of a new episode exclusive to Microsoft devices. A few items have been filtered out, but we can imagine a title chart for 2023, or even 2024.