ZANATA, Morocco, July 7, 2022 – Today, NBA Africa, Agence Française de Développement (AFD), and the Public and Solidarity Development Bank of France, with funding and technical assistance for projects in developing countries, today celebrated the conclusion of the NBA League. For professionals AFD program to experience basketball in Morocco. On this occasion, an event was organized on the basketball court of the Zenata Coastal Sports Tournament of the Zenata Development Company (SAZ). Objective: To promote the development of local youth through sports. 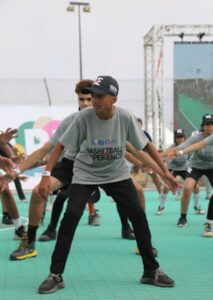 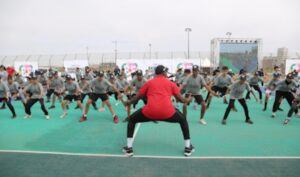 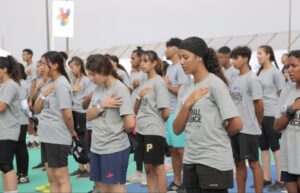 The Jr.NBA and AFD Basketball Experience, a series of basketball workshops to promote the social inclusion of youth from Casablanca and Zenata, was held between January and July. The program has reached more than 4,000 boys and girls from 50 schools in Greater Casablanca with nearly 1,000 basketball workshops and life skills seminars focusing on the basics of basketball, skills development, citizenship, citizenship and gender equality.

The Director General of the French Development Agency in Morocco, Mihoub Mazouaghi, stated: “This programme, in partnership with NBA Africa, demonstrates our shared desire to make sport a tool for promoting sustainable development and social cohesion in Morocco.

The Basketball Experience Program will help the youth to develop by practicing basketball in schools in Casablanca and Zenata and in the field. “The National Basketball Association of Africa is committed to positively impacting the lives of young people across the continent through basketball and the impact of basketball.” The NBA/AFD Junior Basketball Experience Program for boys and girls in Morocco is very encouraging. said Victor Williams, General Manager of NBA Africa. “We are grateful to have a partner like AFD who shares our belief in the transformative power of sport and hope to expand our partnership and reach more young people in other countries on the continent in the near future.”

The Jr NBA & AFD Basketball Experience programme, supported by the neighboring IDMAJ association, is part of Zenata and Casablanca activities to raise awareness among Moroccan youth about sustainable development, citizenship and gender equality through sport.

The program was launched and the Zenata Basketball Court opened in 2019, in the presence of the 2011 NBA champion, Ian Mahenmi. Field activities were suspended in 2020 due to restrictions related to the health crisis, but have since resumed with renewed vigor.

Jr. The NBA, a worldwide basketball league program for young boys and girls, teaches essential life skills as well as the game’s core values ​​— teamwork, respect, determination, and community — at a local level to help improve the basketball experience for players, coaches, and parents. Jr program was implemented. NBA in 15 African countries, including Morocco.

The French Development Agency supports France’s conviction that sport is a factor in economic and social development. It is a real economic engine in terms of wealth and job creation, as well as an instrument of social bonds and unity, and a vector of equality between women and men.
AFD is also a partner in the African Basketball League (BAL) and supported the inaugural BAL season, which was held in Kigali, Rwanda in May.

About AFD
The French Development Agency (AFD) implements France’s policy of development and international solidarity. Through its public and NGO funding activities, its research work and publications (Éditions AFD), training for sustainable development (AFD Campus) and awareness-raising in France, it funds, supports and accelerates transformations towards a more just and resilient world. We build joint solutions with our partners, with and for Southerners. Our teams are involved in more than 4,000 projects in the field, in overseas territories, in 115 countries and in crisis regions, for the common good – climate, biodiversity, peace, gender equality, education or health. Thus we contribute to France and France’s commitment to the Sustainable Development Goals (SDGs). for a common world.

About the NBA
The NBA is a global media and sports company built around four professional sports leagues: the National Basketball Association, the Women’s National Basketball Association, the NBA G League and the NBA 2K League. The NBA and FIBA ​​also jointly run the Basketball Africa League (BAL). The NBA has built a significant international presence with games and programs available in 215 countries and territories in more than 50 languages, and merchandise on sale in more than 100,000 stores in 100 countries on six continents. NBA teams at the start of the 2021-22 season had a record 121 international players from 40 countries. NBA Digital Assets include NBA TV, NBA.com, NBA App, and NBA League Pass. The NBA has built one of the largest social media communities in the world, with 2.1 billion likes and followers worldwide across all league platforms, teams, and players. Through NBA Cares, the Association addresses important social issues by working with internationally recognized youth-serving organizations that support education, youth development, family and health-related causes.