Therefore, after two years of absence, fans were able to reconnect with Montreal Comiccon. The 12th edition of the event took place from 8 to 10 July at the Palais des Congrès. Despite a few drawbacks, the event went well and over 62,000 visitors managed to set their feet in this “nerd” haven. This North American gathering of fans of comic books, manga, anime, video games, cinema, horror and collectibles has once again shown that it has its place in Montreal.

The program of the event consisted of about a hundred activities, including photo sessions and autographs with invited celebrities, conferences, entertainment workshops, concerts from OVMF films, exciting tournaments and board games. Cosplay fans were not left out, with hundreds of visitors donning their brightest costume, and the legendary Fabricville costume party. Fans of comic books and fantasy art have been able to see their favorite artists at work in Artist Alley and get autographs from international and local legends, including Montreal cartoonist Aislin, Yannick Paquette (Batman Inc., Swamp Thing), Scott Lobdale (X-Men, Superman). ) and many more. The busy family zone was once a hit, with NERF fights, shooting lessons from Combat Sports, and a range of activities for kids of all ages. 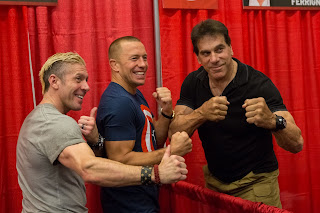 It was also an opportunity to see groups that specialize in costume reproduction, and were also there to dazzle fans with their costumes, but also to raise funds for children’s hospitals, fulfill children’s dreams and children’s dreams and other important causes. We note among them, the Imperial Castle, the Quebec Division of the 501st Corps, an international club specializing in the embodiment of characters from the Star Wars saga; Canadian Doctor Who Society, with TARDISes and Daleks; The Klingon Assault Group (KAG), an international organization of Star Trek fans with a nice website for Klingons; and the 405th Infantry Division, a world-class halo costume and community prop replica, which was her first time participating in the event. 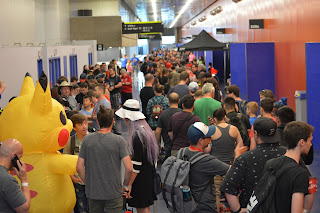 Among the downsides, we note the long queues that put your patience to the test, but also the high cost of activities, especially if you want to go there on a Saturday with the family because teens are the same price as adults. However, there will be the 13th edition which will be held from 14-16 July 2023 at the Palais des Congrès. The list of guests and activities will be posted on